Hello Journal & Friends!
Talk is cheap. For years I "talked" about losing weight. I made so many sincere attempts. I "tried".
I wished, I hoped, I prayed. I cried myself to sleep many nights. I would cry out, asking "what's WRONG with me??" I asked that questions for years.
I can't blame anyone for giving up on me. I almost gave up on myself. I finally got it that it's not what I SAID that counts, it's what I DID.
If I wanted to lose weight, I had to DO those things that I didn't formerly want to do. Change. Permanently. I had to face my issues. To get real honest with myself. I created this mess... all 460 pounds of it. And I was the only one that was responsible to clean it up. 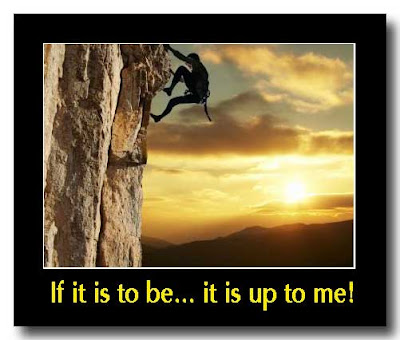 I have a wonderful family doctor. I have been with him almost 22 years. He has seen me start many "diets". He was always supportive, but over the years I could see he didn't believe in my success any longer. I don't blame him. Actions speak louder than words. All he had to offer, finally, was weight loss surgery.
At one doctors visit, right before I finally "got it"... I told him I didn't think I had a physical problem... I had a MENTAL problem. He totally agreed. Yet, he still didn't know how to help me, other than to bring up weight loss surgery, again. And honestly, I was so desperate, that I looked into it... but my insurance wouldn't cover it.
At the beginning of 2009, I did some reading on the affect nutrition had on different metabolisms, and discovered that for certain people (of which I was one) the standard diet didn't work. BUT, those people did excellent when they controlled their carbohydrate intake. Some people do fine with the "moderation" approach, eating whatever they want in moderation. But for some, it's like eating a moderate amount of poison every day... and then they wonder why they are always starving and have intense cravings.
That was the beginning of me designing my own plan that turned out to be the winning formula for ME. I started simple: no sugar, no flour. That meant anything made with sugar and/or flour. Hmmm... I quickly realized that covered ALL my trigger foods!! Gee, go figure. 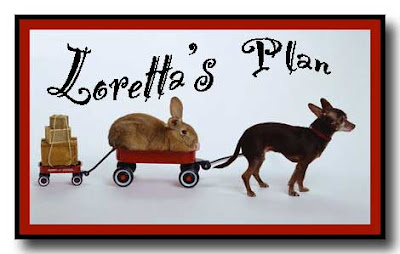 It took awhile, but after it was out of my system, I no longer had the intense physical cravings. Now I felt like I had a fighting chance with the mental aspect of this journey. I was no longer fighting the battle on TWO fronts (physical cravings plus emotional eating). Now, I just (ha ha, "just") needed to address my lifelong habit of emotional eating.
And that is the main focus of my blog. The battle is won or lost between the ears. I am trying to change from the inside out, and make this permanent. There are a gazillion books on that subject out there. But I chose one that was laid out simply and easy to follow: The Ultimate Weight Loss Solution, by Dr Phil McGraw. (HERE)  It is orderly, logical, and made sense to me.

It is made up of seven componenents, which he calls Keys. It took me forever to get past keys 1 and 2: Right Thinking and Emotional Healing. I cried my way through the book the first time I read it! But I had to FACE my stuff, and not stuff my face. That means FEELING stuff, not being numbed up with food. And yeah, it was uncomfortable. But the idea is to resolve issues, to heal them, let them go, move on. So it gets better. :-)
Even when others stop believing in you, keep going.
Even if you have no support at home, keep going.
Even if they actually try to sabotage you, keep going.
Every time you overcome resistance, you will get stronger. Allow NO ONE to steal this from you. They cannot stop you unless YOU let them. We have been created with free will, and can CHOOSE to do this. It may not always be easy, but IT IS WORTH IT. 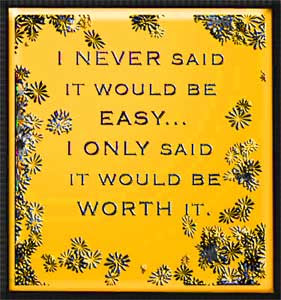 From Dr Phil's book: "A rational, healthy internal dialogue would tell you the truth so you can do something about it."
My verse for today: "For this God is our God for ever and ever; he will be our guide even to the end."
My quote for today: "I know the price of success: dedication, hard work, and an unremitting devotion to the things you want to see happen." --Frank Lloyd Wright

It is 90 percent mental and 10 percent implementation...absolutely, once you have your mind right...everything else follows.
We are on the same journey...
white flour and white sugar does the same thing for me...
binge o rama

Oh, it is the realization that gets us from saying to doing - that it's more mental than physical.

And creating your own plan is essential. We all have different needs and poisons. I believe in you.

You know it's what I say, too. Keep going. No matter what. If you stumble, keep going. If you fall backwards, keep going.

It's not about being perfect. If you fall and come back because you want to, that is a bigger victory. :)

Come visit my blog today! It deals with discipline in length, and has gotten a lot of really positive feedback. :)

CHRIS: Binge o rama... that is so funny!! Yep, that used to be me. I am so grateful now it is NOT me any more. About 6 years ago I heard the saying "heal the mind, the body will follow." It took me a lot of years to really get it, and DO it, but I never forgot the lady named Barbara that first said it to me. I've lost touch with her now, but you never know how or when our influence on someone will bloom.

SUNNY: Thanks for the invite, Sunny, I will try to carve out time. :-)

This post makes me want to hug you. You are fantastic, Loretta! You were in the contemplation stage all those years. Now you're in action, and you're a force to be reckoned with! Getting the physical cravings under control must be amazing. I'm going to read the Dr. Phil book after this quarter at school. You make it sound great, and Dr. Phil is Dr. Phil, so the book must be awesome. I always love reading your quotes for the day. :)

This post spoke to me (as they usually do). In the last few years at the beginning of each new year, I would become discouraged and exhausted at this battle of obesity. I would be scared for my physical health and give in to the media hype / ever present info about gastric bypass or lap band surgery and start looking in to it and checking into my insurance benefits. Then the real despair began. I knew that this was a quick fix only with a lot of potential complications that would in the end be a huge mistake because it was really all about food addiction, habits, emotional eating. I have Dr Phils book and many others , but I just probably wasn't ready to receive the info then . I'll check it out again.
Thanks for reading my blog and your support.

Hi, Loretta! Again, a post that calls my name. :) Rest assured that even tho I am doing the moderate eating plan, I am NOT eating anything I want but in moderation!

I just can't. I must keep an extremely close eye on the carbs. Having that birthday cake on the 11th--which I KNEW I shouldn't have--has made for a very difficult couple of days. I'm having so much trouble resisting the food that is calling my name again--and I had been doing so well! I could just spit.

Like I said in a recent post--it is obvious that I "ain't free yet." But, onward and forward! Victory is in our reach! Deb

I couldnt agree with you more on this. I know that there are two things going on, the physical cravings etc that result from high carb diet and the emotional eating I have always done. So since I can control the physical cravings, I might as well do that so I can focus on the emotional stuff more fully.
There is also scientific evidense that wheat and gluten causes many kinds of mental illness including schizophrenia and depression disorders. Wheat and gluten are also known to make autism symptoms worse. And what have we had more of in the last twenty years since the beginning of the low fat craze? Yep, overweight, depression, autism and mental disorders of all kinds. I think we may have a problem with wheat and carbs, but I dont think we are in the minority.

You hit on an important point here - we have to find what works for us. There is no one diet that is the magic pill for everyone.

Another powerful post Loretta - very well said and as always I can take a small kernel of knowledge and inspiration and apply it to myself. I wish I had read this yesterday before I went off on a mindless binge. But that was yesterday -- its the past now to look forward.