JUNE 17th Ups n Downs, But Never Give Up

It's been a long time since I've been so overwhelmed with temptation that I took something out of the garbage and ate it.

Oh... you've never done that?? Then you don't understand true food addiction. Addiction to the way eating something can make you feel.

I didn't do it this time, but the urge was powerful and I came close. Too close.

You see I, myself, opened the door to be set up for it. A relative came into town and brought dinner. Included was some "crack cocaine"... aka... fresh baguette bread.

I had two responses: red flag warning, since in my past I have literally eaten a whole loaf with a stick of butter over the course of one day. And... rationalization. Telling myself it's no big deal, it's family, it's a special occasion, I'll just have a little and be done with it.

For some people, they could handle "a little bit". But I know my history. And I never should have listened to the lie.

After they left, I had "just one more slice". Then another. Then another... MyGuy came home and caught me having "just one slice". I didn't explain it was just one AFTER ten other "just ones".  In other word, I lied by omission. Sigh... that's a classic sign of an addict hiding their behavior, right??

So, I made sure he saw me throw the rest of the loaf, in it's bag, into the trash can. As if I was oh-so-in-control. Riiiggghhtttt...

The next day I was under more stress from other issues, and was hit with the image of that baguette bread, in the trash but "protected" by it's plastic bag. And for a fleeting second I seriously considered pulling it out and eating it.

I was aghast at myself! I was disgusted, disappointed, and embarrassed that I actually considered doing that.
After all these years. After all those pounds lost so far. And I'm STILL even entertaining doing something like that??!!!!!

I once wrote a post (HERE) trying to articulate the differences, as I saw it, in the weight loss experiences of a "smaller" overweight person and a super-sized person (jumbo jet vs cessna). Sure, some things are the same. But some feel different to me.

I started at 460 pounds. The canyons seemed deeper, the mountains seemed higher. Temptation seemed so powerful and hope seemed farther away. Success always felt right around the corner, but just out of reach.

The road, for the super-sized person, can seem soooo long. It's easy to get so very tired of it all. To start thinking compromise. Couched in a "positive" way, of course, like "look how far you've come".

But it's still settling.
Still stopping short.
Still giving up.

Still buying into the lie that I've come as far as I can, and it's time to get "realistic" and accept that this is IT.

I'm not sure why I'm feeling so raw today. I am successfully, finally, back on track, after a few days of struggle. I think it's a deep and powerful response to a blog post I read from Holly, HERE.

After reading what Holly wrote, I cried, and I felt understood. She's lost 240 pounds and KNOWS the long struggle. Also the pitfalls along the way and even after. The pull of that addiction. The way we rationalize our behavior. The guilt over making selfish choices instead of following our faith, and going to God instead of food. All that. 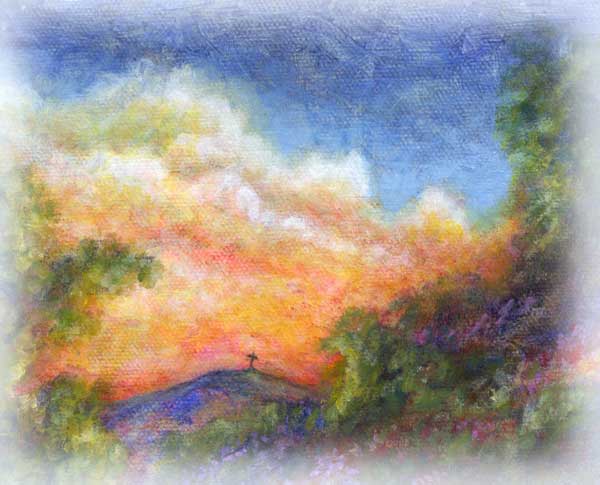 Answer my prayers, O Lord,
for your unfailing love is wonderful.
Take care of me, for your mercy is so plentiful.
Psalm 69:16