Was over reading Sean's blog this morning (Daily Diary of a Winning Loser) and one of the comments made me stop and think.

See, Sean has recently returned to writing on his blog, after a few months of struggling with being somewhat off course. And the commentor said she has been a little put off by his recent "motivational" posts on Facebook, and how they made her feel a little "inferior". She graciously apologized for misjudging him, not realizing at the time that he was talking more to himself than anyone else (side note: no one "makes" us feel any way; we choose how we respond).

Anyway... the reason this caught my attention was because I, too, am struggling, and was all set to write a post today telling about the little "motivational" project I just finished, which I had talked about yesterday over at my art blog, Art By Retta. 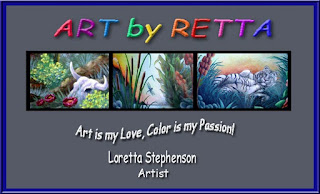 I've said it here many times, but now realize it wouldn't hurt to say it again: I write what *I* need to hear, most of all. Just like Sean, and many others bloggers.

I guess I forget to mention that most of the time, and come off as a happy/chirpy/got-it-all-together know it all!  Eeek! That sure isn't how I feel. And I would hate to think anyone felt "inferior" by mistakenly thinking that just because most of the time I choose to focus on the positives and possibilities, that means I have it all together... Not! 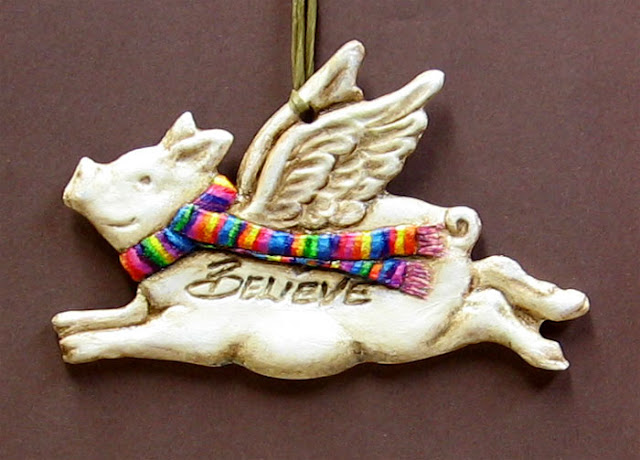 My book quote for today: "I can't overemphasize the importance of developing mental discipline." --Tommy Newberry, The 4:8 Principle

My verse for today: "I will listen to what God the Lord will say; he promises peace to his people, his saints--but let them not return to folly."

My quote for today: "In the middle of every difficulty lies opportunity." --Albert Einstein

I realize that it's not acceptable behavior in "motivational" circles to admit struggle. But unless I face a thing and am honest with myself, how can I deal with it? It feels like I hit a wall recently... got so far, and then splat! Can't seem to regain my footing and continue.

I say "seem" because I know that's not true. It just feels that way. And while my feelings have been bouncing all over the place lately, a part of me is still determined not to be ruled by them. Not to let them dictate my future. They are good for finding clues, but not for making decisions. I suppose it's these kind of times when I see if I truly believe the stuff I spout on this blog, eh??

For several years now I've related to the image of the Flying Pig. I once posted this picture: 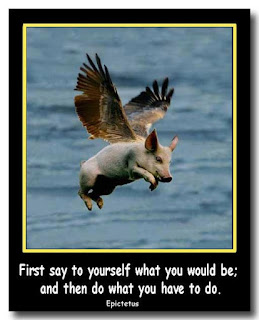 The idea of a flying pig is such an over-the-top figure of speech as to imply the impossible. But to me, it speaks of POSSIBILITIES.  Of overcoming the impossible. Of a hope so powerful that is acts like fuel for my determination. I LOVE the idea of the little pig defying all odds, and FLYING! He's sort of been my little mascot, sitting above my computer. 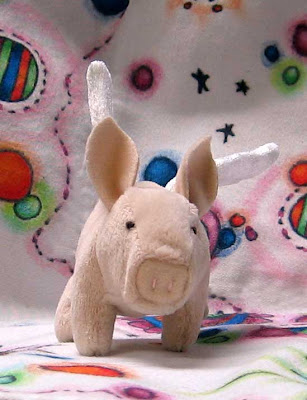 I see him every time I come to the computer. And I remember that all things are possible with God. So I refuse to let the discouraging thoughts put down roots into my mind.  I just can't dwell on them, and let them grow; it's too dangerous.

All I can do is to DO what I know to do, and trust that eventually I will be back on track and see progress. I WILL fly. I refuse to let go of hope, to let go of my dreams and give up. 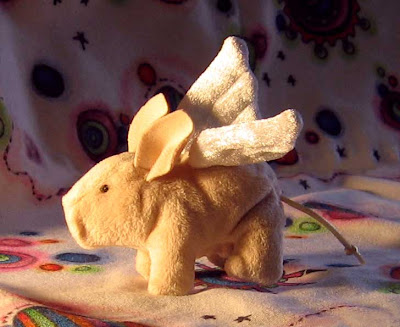 Sometimes we get so close to that edge. You know that edge... the drop off of despair... the cliff of total discouragement... the gulf of giving up. I don't know about you, but it's scary to me. While it's tempting to just give in and take the easy way out, full of excuses and self-pity, it's also terrifying how easy it is to slide back and go the wrong way!

I admit that sometimes I whine "it's not fair". But remember what they say? The fair only comes once a year, and usually out in the country. (Ha ha on me; I just read that this morning, and said "ouch!")

Some days we just have to choose to keep going in spite of "life". And eventually, it gets better. I really believe that. No, I don't "feel" that right now... but I do believe it. 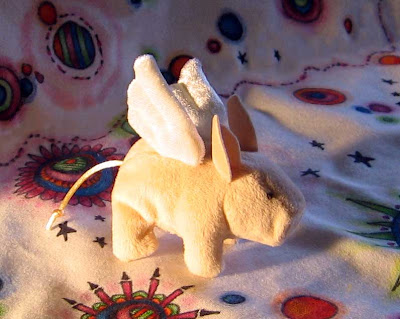 My book quote for today: "Unfortunately, most people struggle to change or renew their circumstances (lose weight, fix their marriage, make more money), when they should be asking God to help them renew their minds." --Tommy Newberry, The 4:8 Principle

My verse for today: "Seek the Lord and his strength; seek his presence continually!"

My quote for today: "There is no use trying," said Alice; one can't believe impossible things."  "I dare say you haven't had much practice," said the Queen. "When I was your age, I always did it for half an hour a day. Why, sometimes I've believed as many as six impossible things before breakfast." --Lewis Carroll, Alice in Wonderland 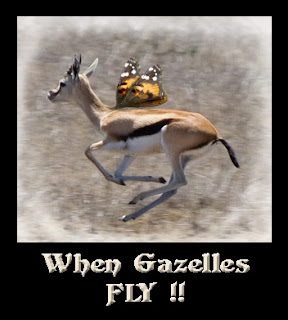