APRIL 5th Oh So Close to the Two'sies!

"I didn't have any desire to shake things up, or make huge dramatic changes."

That's from my last post, back in January. All I have to say about that is: 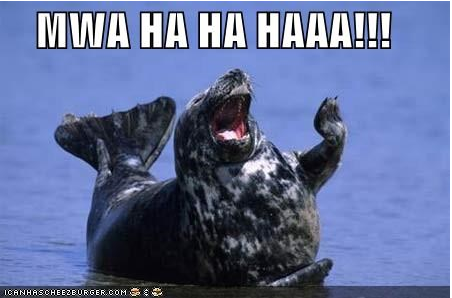 What a winter I've had! Seven different medical conditions, one piled on top of the other... good griefus! I'm better now, and truly thankful.

But honestly, when in the middle of all that, it's hard not to get discouraged and start feeling sorry for yourself. At least, that's what I struggled with.

One of the conditions caused me to have severe... ahem ... diarrhea FOR 75 DAYS!! Yes, you read that right. 2 1/2 months. I almost ended up hospitalized. We never did discover what set it off, but they had me trying everything to stop it.

From the BRAT diet, to heavy duty prescriptions. NOTHING WORKED. I honestly wondered if this was the way I going to go out... cr**ping myself to death. :-O

I finally said phooey to all the doctor's guesses, did some research, and put myself on a special, extremely strict elimination type diet designed by a doctor, for people with intestinal issues.

Tough to follow?? Not if you are desperate enough and facing medical complications. The dehydration and electrolyte imbalance played havoc with my congestive heart failure, and it was dicey for awhile. So yeah... I was willing to get extreme.

The program is for people who struggle with Crohns, Ulcerative colitis, Diverticulitits, Celiac disease,  and more. I don't have those, but it DID help me stop the cycle, and heal.

I have to admit, though, that I was ticked off for awhile. You see... I was originally ordered to go on the BRAT diet, which is TOTALLY HIGH CARB stuff. Um... I have been extremelly low carb for 5 years!! That was so hard for me to do. And I was even surprised to find that some of the stuff I secretly expected to enjoy (like potatoes, white rice, toast, juice, pudding, etc) didn't even taste good to me anymore. Yet the high starch diet, which turns to sugar in my system, set me up once again for powerful cravings that I'd been free from for 5 years. Soooo frustrating.

Moral of story: I can't ever say I am "cured" of being susceptible to cravings, if I am once again exposed to the sugar and starches. I had to go through actual withdrawal again. And yes, it was very hard. My mind played all kinds of games with me, just like the first time. sigh... And I STILL am struggling a bit with it, even now. Like a lingering scent, catching your attention when you aren't expecting it, and triggering memories and longings. Don't know if that makes sense, but... it's a powerful thing.

Another thing I thought about during all this: that super strict diet was difficult and exacting to follow. To start out you only eat about 4 simple, plain items, plus homemade electrolyte solution. But I was totally willing, because I was desperate and ready to try anything.

Which made me I think about all the times over the years I had thought "Oh I am so desperate to lose weight", yet I was NOT willing to try something.

I was willing to try SOME-things, but not ANY-thing.

Case in point: about 20 years ago when I first heard about the idea of not eating sugar and starches, I was NOT willing. I made all kinds of excuses, and argued that it should be "moderation in all things." Yeah, right. Tell that one to an alcoholic. It might work for some people, but not for me. But I wasn't yet willing to admit that.

It wasn't until I got desperate enough, and nothing that I tried had worked, that I was finally willing to even consider giving up sugar and starches. I spent 3 months reading, studying, learning about it. I had to be convinced it would be healthy, for me. That this was what would be the healthiest way for MY body. I mean, it was the opposite of what had been pounded into my head for decades... so yeah, I was a little skeered.

I figured I would use my old "all or nothing" tendencies TO my advantage. So once I was fully convinced, I plunged totally in.

I was determined, I was committed, I was willing.

It's not been easy. Heck, at times it's been VERY HARD. There have been times I was so discouraged, and wanted to give up.

I'm convinced God had mercy on me, and brought this information to help me.

I can't begin to tell you how excited I am to see the 2 hundreds getting close. My highest weight a few years ago was a humiliating 460 lbs.

That's a total loss of 156 lbs!!! I still find it hard to relate to that... it doesn't seem real. It's still hard to stand, to move, and still a lot of pain. Sometimes I wonder if I am imagining it??

And on the journey goes. Day after day. Just doing the little daily stuff. Not perfect... not by a long shot. But just continuing on, no matter what. 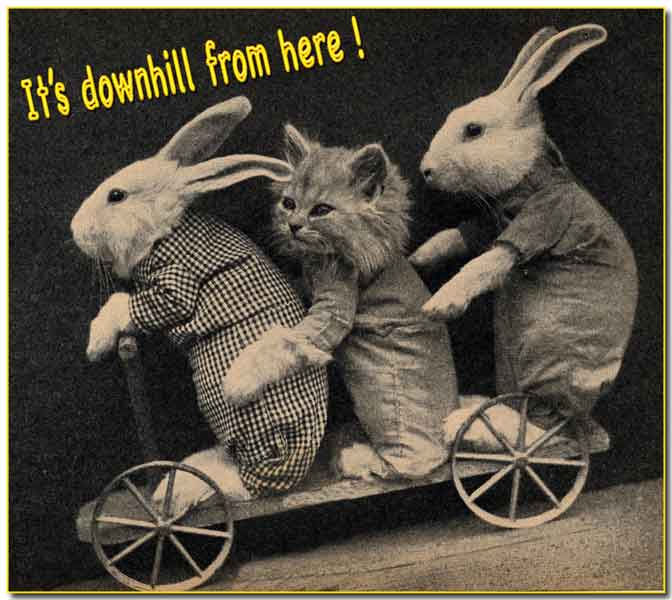 Updated to add: since some have asked about the diet that helped me recover, I thought I'd put it here.

The book I bought is "Breaking the Vicious Cycle, Intestinal Health Through Diet", by Elaine Gottschall, B.A, M.S. It gives her story (the amazing recovery of her young daughter, who the doctors basically gave up on), the science behind the diet, and recipes. It's on Amazon, and for me, was totally worth the price.

One site that was helpful to me was SCD Lifestyle.
The "official" SCD site Here.
Lots of links for SCD related info, including recipes.
There is also an active Yahoo group called BTVC: the Specific Carbohydrate Diet. I picked up lots of useful tips here.