I loved this POST by Jules, in which she recalled her accomplishments from 2012. It made me realize I had started to focus too much on that fact that I was ending this year heavier than when I started.

Yes, I needed to learn from it and make course corrections. But after I read her post, I started thinking about making my own "accomplishment list". In fact, I was toying with calling it "What I Learned In 2012". Just remembering some of it was encouraging! And that brought it home to me how much focus I had been putting on my disappointment in the weight loss... or lack thereof.

My focus was aimed in the wrong direction! I want to focus, instead, on where I am going, and what I WANT, not on what I don't want... on my goals and dreams, and not get stuck in my mistakes. Also, on NOW... to LIVE in the present.

I had to remind myself that what I focus on GROWS! So I'd better take careful aim. I must admit, I'm feeling hugely  encouraged since I've been working on that consciously. 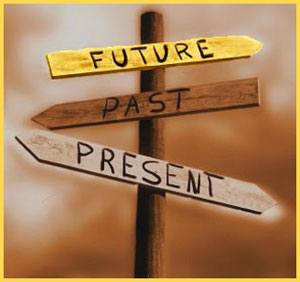 One of the comments on that post from Jules was from June, at The Path to Health.   I visited June's blog, and was set to giggling over the ending of THIS POST  of hers. It tickled my funny bone, because I knew just what she meant!

She had posted a photo of herself... taken lying down! And made reference to a certain episode of The Golden Girls, and how that was the only position (laying down looking up into the camera) from which she wanted to take the photo, feeling old at the moment.

Why could I relate?? Because just a few days ago I had to renew my drivers license. Yes... a new photo was required... aargh. It was... not what I had hoped!  (I was going to write ghastly, but that doesn't sound too positive, does it?!) :-D 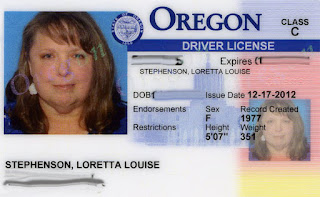 The guy taking the photo kept saying "just relax". I thought I was relaxed. Later, as I was moaning about how awful it looked, MyGuy said: "He TOLD you to relax, and was trying to help, because you had your lips pursed!"

Well, THIS IS ME! Pursed lips, hanging neck and all! The alternative is to be under a tombstone, so I might as well "be thankful in all circumstances".

Instead of writing out my "accomplishment list for 2012" here today, I'd really rather include something I stumbled upon Christmas eve. I'd read it before, but maybe the timing is just right this time, and it struck a chord in me.

The verses below were found written on the wall of a children's home in Calcutta, India, that Mother Teresa ran. Some say they seem to be adapted from something originally written by Kent M Keith in 1968. But Mother Teresa changed a few words and made it her own, especially her reference to God at the end.

I love Mother Teresa's version... so here it is in full. I want to keep this in mind going into this bright new year of 2013:

People are often unreasonable, irrational, and self-centered.
Forgive them anyway.

If you are kind, people may accuse you of selfish, ulterior motives.
Be kind anyway.

If you are successful, you will win some unfaithful friends and some genuine enemies.
Succeed anyway.

What you spend years creating, others could destroy overnight.
Create anyway.

If you find serenity and happiness, some may be jealous.
Be happy anyway.

The good you do today, will often be forgotten.
Do good anyway.

Give the best you have, and it will never be enough.
Give your best anyway.

Thank you for the shout out...the Mother Teresa reminders but most of all...

Thank YOU for the wonderful post that really got me thinking. :-)

I will renew my driver's license in less than 18 months. I hope my face is straight by then. I guess the twist takes focus of other things. haha!

You have a beautiful face. Somehow even with 'pursed lips' you reflect the sweet spirits of goodness, kindness and mercy. That might surprise you since you are feisty and often reflect on your impatience.

We survived 2012 with grace if not perfection *smiles*

Mom to the Fourth Power said...

not getting stuck in mistakes! Yes, I need to focus on what I want too! Been reading "As a man thinketh" not just the original, but "The Secrets as a man thinketh" which James Allen adds his comments to it. I'm marking up this book again, as it is stuff I need to continually remember about the power of my thoughts!!

I love the poem you ended with.

Good, clear thinking here... thanks! Onward... together we get better. Hugs, PB

hI loretta, This was exactly how I was thinking. I think you look beautiful here. An encouraging post to get going. Hoping you had a wonderful Christmas. I have missed you.I love the picture with the bluebird of happiness. hugs.

Hi Loretta. I was over 400 pounds too and notice all the flaws and defects. I think Mother Theresa would say that You will have flaws and defects. Love them anyway. Personally, I look at those flaws and defects as gentle reminders of where I was and how far I've come. Happy New Year. I didn't notice your chin. I noticed how beautiful your eyes were. :)

Ah, grace. How I need that, and am so thankful for it.
Thank you, MargieAnne, for your kind words.

Hi Cinner!
Thank you, that's sweet of you to say.

Hey, if you like the little bluebird in the pic, here's a post I did showing the whole bluebird family:
http://lorettasjourney.blogspot.com/2012/12/121212-bluebirds-end-of-world.html

Happy Year to you!

Thank you, Mary. I appreciate your words more than you could know.