If you ever want to be humbled a bit, just go back and re-read something you wrote years ago. When things were a little easier. When you were still losing weight, albeit slowly. 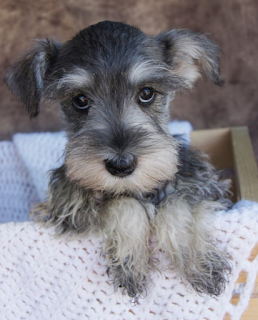 So, I'll cut myself some slack, and just learn from true parts. It's HERE in case anyone has some time on their hands.

It's called "What's Wrong with Hard?". Good article. Except if you ask me today, after almost 2 years of one serious medical thing after another, and being totally exhausted over it all, I'd say:

Enough already!! I'm ready for a break!! I've had enough of Hard. Give me some Easy for a change!!

I read this line and found myself irritated: "I think that when something is hard, we have to perceive that WE ARE STRONG ENOUGH TO MEET THE CHALLENGE."

And I've felt so worn down, I realized when I read that sentence, that I was NOT thinking of myself that way.  I was NOT being thankful and appreciative. I was NOT leaning on the Lord for strength and patience and endurance.

I have another birthday looming on the horizon. For my birthday, I am going to do an internal inventory. And change those attitudes that need changing.

Every Day is a Gift. 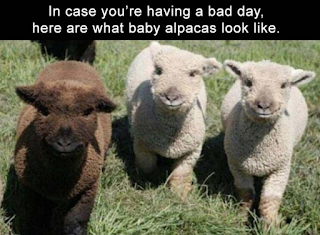 
With gratitude I still have another chance at this journey,

PS: around here in Southern Oregon are several farms that raise alpacas. So we are trying to find one with winter hours where we can see these adorable critters in person.

First of all, I'm very sorry about all the medical issues. I had a few last year (have some still, but not as many) and I know how it can wear you out and wear you down. I promise I will be praying for you.

The internal inventory is a grand idea. I also have a birthday "looming" (had to smile a little at that because unfortunately, I understand it fully lol) and I, too, think I'll do an internal inventory about those attitudes. I joke about my Margafesto...but I might actaully stop joking and write out my goals and aims...and "losing weight" will never be the goal, just the end result of a closer relationship with my Lord and Savior. With the insane roller coaster we have been on, I still believe in freedom...now more than ever (I have real reasons which are too detailed to get into in a comment on a blog) I believe!

Like you, my story is long and detailed, lots of ups and downs...you know the drill. If you're willing to share some highlights on your internal inventory/attitude change, I'll be here to read it.

Again, I'm so sorry for your medical issues. "They" tell me getting older is not for sissies. "They" made a believer out of me.

Thanks for the comment, Margaret. I appreciate that you understand.

I pretty sure my inventory will have a LOT to do with complaining. As in STOP complaining. I really have so many blessings, but I got my eyes off of the Lord, and onto circumstances. I told my husband yesterday that surely the verse "Do all things without complaining" didn't really mean ALL, right?! Yep... doing this inventory should be easy. ( ha ha, turn on sarcastic font).

ugh. I admit to my murmuring and complaining regularly...because I regularly do it. SO, SO hard to stop that habit.

Good morning Loretta! I'm just always so happy to hear from you. Ongoing medical problems is truly difficult--its wearing. And can lead to real depression. So don't be too hard on yourself. I do hope that you will have a better year this year!

Margaret wrote: "SO, SO hard to stop that habit."

Ain't that the truth! Someone once prayed over me that I would have Spock ears; big ears to hear the Lord. Well, my first prayer is for me to hear ME!! Both speaking the complaining, and thinking it. Both are destructive.

So, right now, my focus in on what TO DO, not just what not to do (the complaining). Methinks the antidote to complaining is really truly just to be grateful. To deliberately find things to be thankful about. Every day. All day, until it sticks.

Thank you, Debby. I am sooooo ready for a good 2018! Yay for a shiny, sparkly new year.

Hope you Awesome 2018 Year, Keep up the good work

Hi,my name is Vincent Alade,I have use this product and what you about to see here will change your life Get your Money back If it doesn't work ! Guaranteed ! https://bit.ly/2NvxSTg